How to Ride a Bike? 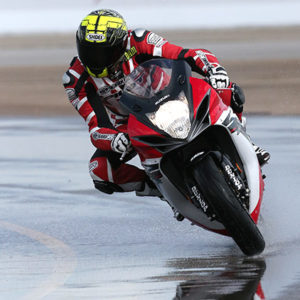 Learning is fun, when the thing which you are learning is as joyful as riding a bike. For beginners there are some very basic rules and regulations which they must need to follow to ride safely. An amusement will lose its charm when it ends in an accident or some bad incident. And you may lose your interest in it too. So learning properly is really important in this regard.

Beginners should never take riding easy, and wear a helmet every time you are riding. Wear your gloves, and ride with complete concentration. Before directly start riding on public roads, you must give at least three to four trials on empty or side road. Then shift to public roads. You must abide by the rules, because rules are made to keep you safe. This article revolves around some very basic guidelines for you as a beginner. Follow the instructions given below.

Get Familiar with the Controls: Primary Controls

If you get to know how to control bike, your 70% work is done. You may find it different while experiencing on different rides, but most of them have universally same controls. There is a control placed at right side of handlebar. This is throttle, which controls engine. By rolling the throttle engine speed will rise and speed will go up. Opposite case will happen when you will roll off the throttle, the speed of bike will fall down and bike will be slowed you can stop it then. Motorbikes have separated front and rear brakes, be careful about that. The lever for front brake is located at right side and the rear lever is located near the right foot position, you would have to use your right foot to press on the lever to use the rear brake.

On the left side of handle bar there is clutch lever which is used to operate the clutch. Engine power and rear wheel are connected via clutch in a manual transmission car. You have to squeeze it fully to cut the power from rear wheel. The use of clutch is very critical to control the bike. The Shift Lever is used for shifting and is on the left foot position in front of left foot peg. If any time you feel like losing control on your bike immediately pull in the clutch and use the brake.

Get Familiar with the Controls: Other Controls

There are also some other controls, some non-technical controls which includes dash, mirrors, turn signal switch, high/low beam switches, horn, kill switch and start button. The Dash has speedometer which shows speed per hour. Then there is a meter for engine speed that is called the tachometer, which shows the engine count in revolution per minute. When bike will be neutral the Neutral Indicator will show its status. And the Mirrors will help to see behind, so that the rider could see vehicles coming behind. You just need to be careful while turning motor bike, look back from shoulder side, just to stay aware.

Then there are turn signals, for the indication of changing lanes. By turning on left, the left indicator flash will turn on to show that bike will be taking left turn now. Same would be the case with right turn signal.  There is another button for toggling high and low light beam, named light beam switch.

Now if you have learnt about all control is, buttons and gears the next step is to start the motor bike. Turn the start key to ON and see if dash lights are on the bike is ready to ride. Put the motorbike in neutral gear, you can find the neutral gear between first and second gear. If you see “N” written on the meter that means the bike is now in neutral gear mode. Now your bike is fully ready for riding, just click the kill switch in ON mode. Now press the starter button unless you hear the sound of engine. The tachometer will rise up to idle speed. There are some important things to keep in mind. One thing is very important to remember, never ever start bike without putting it in neutral gear. And release the starter button as soon as you hear the engine sound.

Clutch is very important and it’s hard to learn how to use it. It needs keenness and practice. Firstly you have to pull the clutch lever in. And then lift the gear down by using your left foot. Thirdly release the clutch lever slowly, move the throttle gradually at the same time. Release the clutch because bike has started moving all the way. You can keep giving throttle time to time but release the clutch completely. There is no need to panic or getting worried, you can always stall the bike during riding it’s not a big deal for beginners. And then when you are ready to ride it again, just repeat the process given above.

After this all, learning to shift up and down is important. You have to follow the steps described below to shift up:

So you are done with upshift. For down shifting all steps are the same except one, press down to the shifter lever instead if pressing up.

Braking to a Stop

Riding, starting and moving on the bike are technical steps but stopping the bike with brake is a little tricky thing. You have to be very attentive on roads with heavy traffic. Just simply roll off the throttle and pull in the clutch lever, gradually squeeze front brake lever and press rear brake lever simultaneously to stop.

Nothing is easy; everything requires hard work and struggle to accomplish the goal, whatever it is riding a bike or anything else. Riding the bike is very easy with just a little practice one can become a very good rider. You just need to focus on the cautions given above.